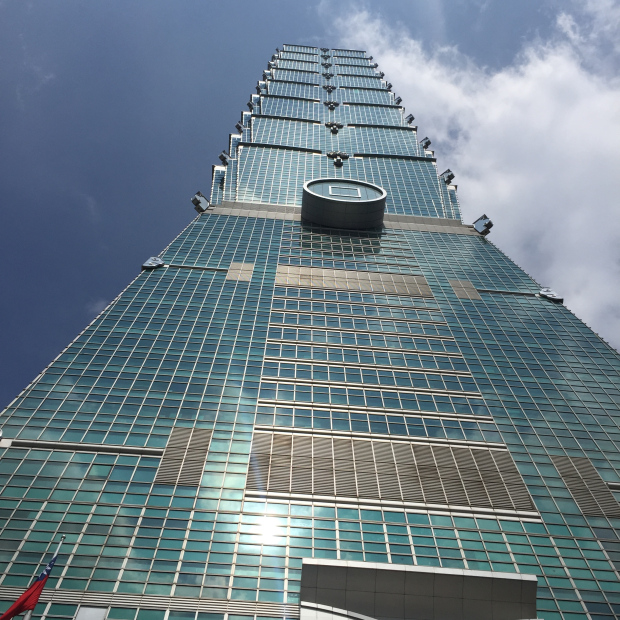 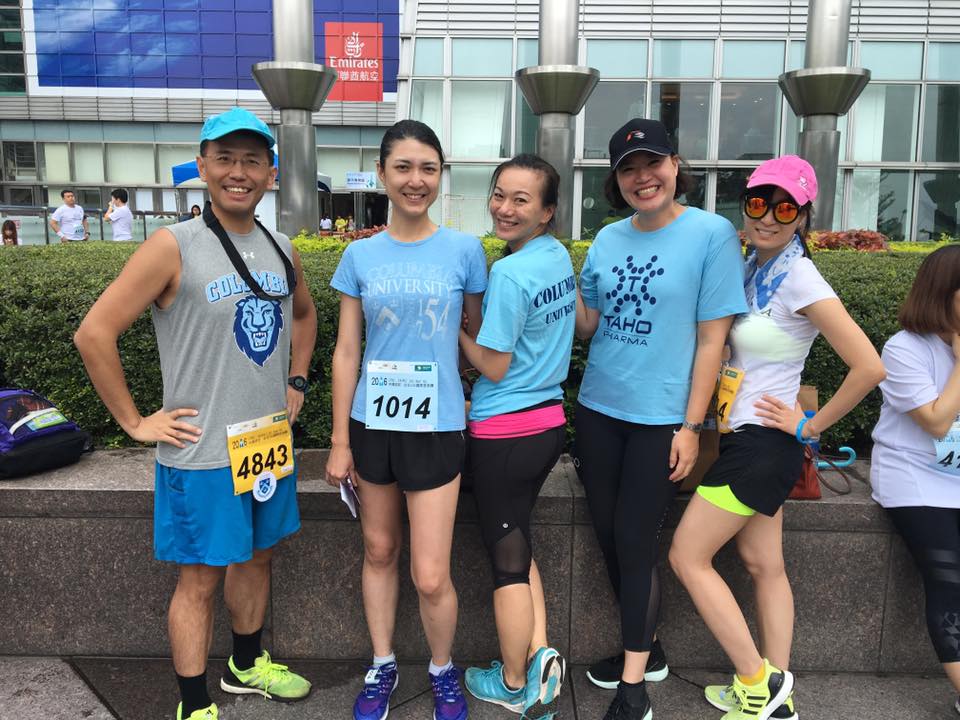 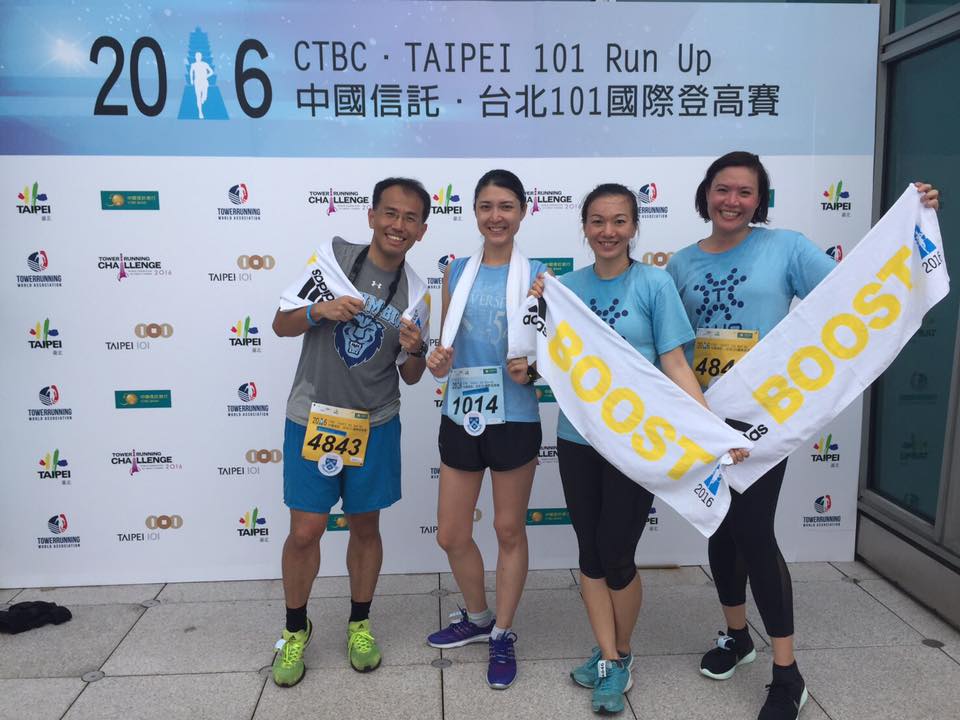 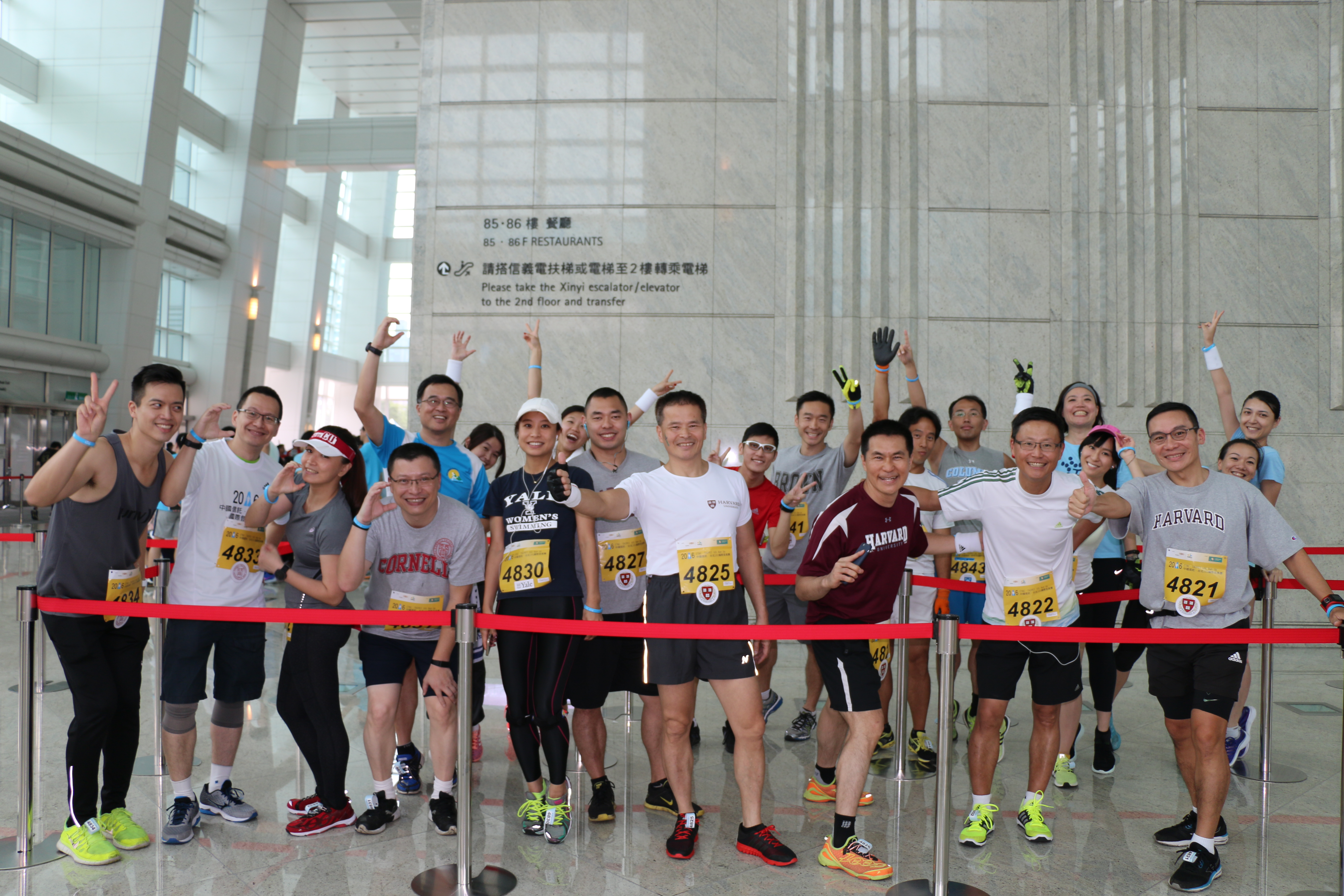 5 Columbia alumni joined 30 people strong Ivy League team for the annual Taipei 101 run up. The Ivy League team was formed by Brown, Cornell, Columbia, Dartmouth, Harvard, Princeton, UPenn and Yale alumni in Taiwan. This is the first time Ivy League competed in the race jointly. This year a total of 4,500 people from 32 countries participated in the Run Up, climbing 2,046 steps of 91 floors in one of the world's tallest buildings, according to the organizers.

The records in both the men's and women's divisions were created in 2005, when Paul Crake of Australia clocked 10 minutes and 29 seconds and Austria's Andrea Mayr finished in 12 minutes and 38 seconds.

As for the 5 Columbia Alumni? They didn't break the records, yet, according to our exclusive source.