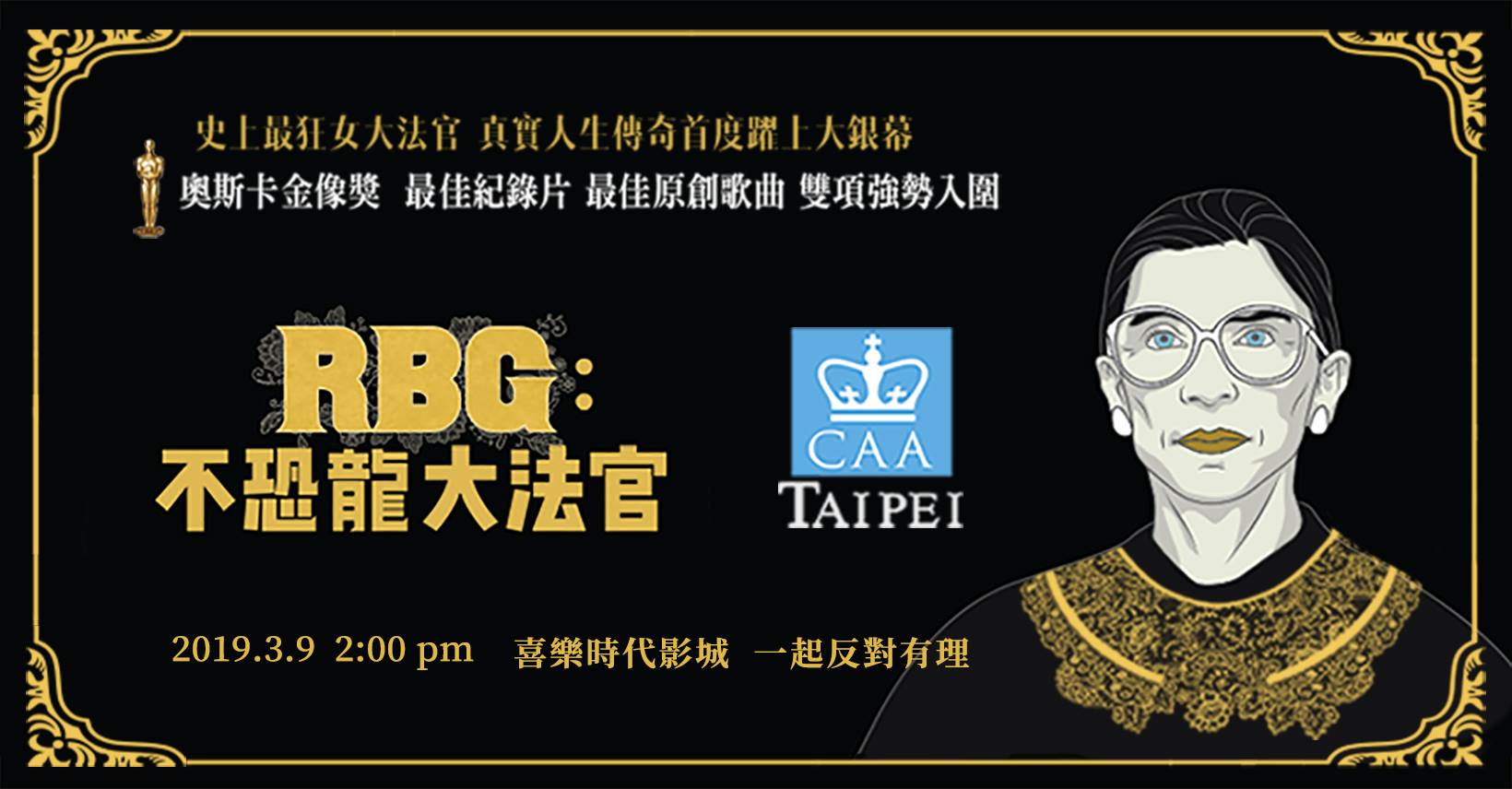 Columbia Alumni Association of Taiwan warmly invites you to attend the screening of the documentary film “RBG”(RBG：不恐龍大法官) directed by Columbia Journalism School alums Julie Cohen and Betsy West at Nangang CityLink in Taipei on Saturday, March 9, 2019 to celebrate International Women’s Day and Women’s History Month. There will be a Happy Hour event after the screening as well.

The documentary film “RBG” narrates the exceptional life and career of U.S. Supreme Court Justice Ruth Bader Ginsburg, who has developed a breathtaking legal legacy while becoming an unexpected pop culture icon. Ginsburg attended Cornell University for undergraduate and later enrolled at Harvard Law School, where she was one of only nine women in a class of about 500 men. She later transferred to Columbia Law School and earned her JD degree there in 1959. Following law school, Ginsburg turned to academia and taught at Rutgers Law School and Columbia Law School. She eventually became the first-ever female Jewish justice, and the second female justice in the U.S. history.

We are also very pleased to have former Columbia Law School visiting scholar Clarence Chou(周宇修律師，台北律師公會理事) to lead the Q&A/Discussion and share his thoughts on how Justice Ginsburg became “The Notorious RBG”.

Invite your friends to join you